Not sure if it's possible at all, but can you make a seperate section for all LoL posts that you can choose to hide? LoL just isn't for me, like a lot of people, I assume. Half of the topics on here are about that game, and I just hate seeing all of that. Not hating on people that play LoL at all.

Yeah ... I really think there should be a separate LoL section too. It's not bugging me a lot or anything, but there is a lot of posts about the game..

Yep would be good, don't really give a toss about the game so a separate part would be useful for the 3/4 people that play it 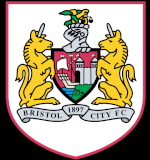 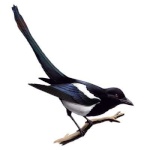 Many thanks. This is why I posted a request for one beforehand ;p
Appreciated that you didn't all rage at me like fuck for psuedo spamming too

Hey I'm not one to hate on members for making good use of the forum. I think its been demonstrated that there is enough LoL talk to merit its own section. Enjoy!

Assuming there's no way to allow me to hide this section so I don't constantly see posts about it? Like with the comp section, make it only available to people that want to see it? If someone wants to see it, maybe they could just ask a director to allow them to see it. Just seems like half the topics on here are about LoL and I honestly don't care about the game even a little. No, I'm not hating, just sick of clicking on a topic to see a bunch of stuff that I dont know about.

You don't need to click the topic? I feel the same about the CoD stuff but i don't complain about it

Jordo wrote:You don't need to click the topic? I feel the same about the CoD stuff but i don't complain about it

Yeah to be fair, everything about LoL is in the LoL section, so don't go in there, and if it's in the recent topics, they all have LoL in the title, or are patch notes that start with 3, and CoD is still in the 1.1 patch iirc, so it's obviously not that

I don't go in there, but yeah, some stuff doesn't have LoL in the title, like one you just made recently about YT videos.

May be easier to get rid of latest topics and have people just go into the sections themselves. That way no one can misclick on something and end up in the wrong spot. Then again it would then get rid of the speed of which people can get to talked about topics within the clan so rock and an hard place.

I like seeing all these old members I miss them loads on CoD but I don't mind that they have a new game or that there's loads of threads of LoL. if they had they're own sections they'd still end up in latest topics anyway I suppose.

I agree with Rocker. Why don't you create a LoL section like the competitive section. So only the people in the LoL usergroup will get to see the LoL threads. It's really annoying to see all the LoL threads in latest threads, because of the LoL threads a lot of CoD/general threads are not shown there. And to be fair we mainly are a CoD clan.

Because if a new member joins, and also plays LoL, then it'll be hard for them to ever know it even exists if it's hidden from everyone except those that we already know play it.
Plus, the reason that the LoL posts are in the most talked about stuff so often si because of how much we're talking about them, I find it slightly odd that I pretty much exclusively post LoL, yet last month I was top poster, ahead of people posting on every single app, the people creating 80% of the CoD topics and posting in every single one that someone else made, and this month I'm also ahead. The fact of it is, you see this section so much because it's more active than anything else.
Also, it's not exactly like by navigating the forums normally you don't find the other topics, you only have to look for the big circles with envelopes in and click them instead of just looking at the most talked about stuff.

In conclusion: If you don't want LoL to own every "Latest topics" thread, post more stuff yourselves about other things. If you make it hidden to you, you also make it an exclusive invite only club, which is hard to grow, unless of course you want me spamming on every app thread asking if they also play LoL and want an invite to the section, yeah it'll be less annoying for you if I do that, but we'll also get less applicants come through when they start getting harassed about invite only sections of the forum because the CoD players are incapable of simply clicking a couple extra buttons to look for their threads.

It's like asking a supermarket to hide the sweets aisle away because it gets in the way of every shopping for other things and they are fed up of having to walk around all of the kids. If we're in the way that much in a tiny subsection, then the only possible thing that you're doing, is asking to hide the most active part of the forum

I'm currently first this month and I was in top 5 last month for posts. I agree to this completely. I just downloaded LoL and am wanting to get into it and the people on here that play it deserve a section to discuss the game

We could edit the application template and add another question in there: are you here for ps3 gaming of pc gaming? If they answer with pc gaming, they could immediately be dropped in the LoL usergroup.
There is no good argument against making a special usergroup for LoL, it will be better for people whom don't like the threads and no difference for people whom do like it...

I play blops2 and am starting to get into LoL. I think making the new section is a good idea. The more organized a team is, the better they will be all around.

Indeed, it has to be more organized. They just have to make it like the competitive section, so you can only see it when you're in the usergroup....

That's fair, however if that is the case, EnD would atleast ended to advertise it on the main page like they do competitive so that people know they can join a League group

iKaosMVP- wrote:We could edit the application template and add another question in there: are you here for ps3 gaming of pc gaming? If they answer with pc gaming, they could immediately be dropped in the LoL usergroup.
There is no good argument against making a special usergroup for LoL, it will be better for people whom don't like the threads and no difference for people whom do like it...