Just before I start, this is my first review, so please leave some feedback. Also, I’m going to do my best to avoid spoilers in here, but there may be the odd little one, so be warned.


For those of you who have played Assassins Creed before, but have been put off by the endless pursuit of a single objective, spending hours upon hours killing endless legions of guards, or repeatedly breaking into the same castles or forts, then Black Flag is for you. Set in the sprawling world of the Caribbean, this game lets you explore the vast open world at your own pace, take on the British or Spanish fleets, assault sea forts, and brave epic storms and ultimately plunder to your heart’s content. This amazingly fluid free roam ability allows you to make you own adventure, all aboard your ship The Jackdaw, and means you can transition from stalking through the jungle on an uncharted island, to waging war against an enemy fleet in literally seconds. For anyone looking for an action packed game, then this is definitely the Assassin’s Creed for you.


So let’s talk about the world in which our epic journey unfolds. This is the most expansive setting in the history of the franchise, a virtual rendition of the West Indies that encompasses all manner of burgeoning colonies, Mayan ruins, and deadly jungles. Cities like Havana and Nassau reflect the series' trademark attention to detail, from the stonework cathedrals of the former to the ramshackle taverns of the latter. Then there are the remote islands inhabited by nothing more than crabs and sea turtles, underwater shipwrecks waiting to be explored, and vast stretches of sparkling Caribbean waters that are every bit as deadly as they are gorgeous. Gone are the days of traversing featureless Italian countryside. They’ve been replaced by a stunningly beautiful world, which seems enormous, and yet is still not an effort to cross. You will find yourself sailing the width of the world to your next objective, as the experience of sailing on the high seas is truly awesome. Encounter other Ships along your path, and choose to leave them be or board and sink them to gain the resources you need to upgrade your ship and earn some money. Never before has simple resource gathering been such fun. These encounters are kept fresh however, due to a well-developed enemy A.I. that is never too predictable, and if you aren’t careful can quickly gain the upper hand. Another danger that you will encounter on your voyages is the harsh, brutal tropical storms, which can wreck even the most experienced sailors in an instant.


This is a game that gives you an absurd number of ways to acquire the coin and resources needed to hold your own at sea. You might run off in search of buried treasure using nothing more than a crudely drawn map you found on a beach, or silently infiltrate a military storehouse to collect the wood and metal needed to bolster the Jackdaw's hull. That bit of flotsam floating in the distance might be a crate of rum you can sell to make up the difference on your new mortar upgrades, or it might be a stranded sailor you can rescue to expand the size of your crew. Black Flag doesn't just present a beautiful world; it gives you a mountain of reasons to run off and go exploring.


Early on in the game you will find yourself being hopelessly outmatched by larger and much more powerful enemy ships, but as the game progresses, and you upgrade The Jackdaw, you will find yourself able to take on larger and more powerful vessels, for much higher reward. There isn’t a sudden huge rise in difficulty level, instead you will find that the increasingly difficult enemy’s teach you how to master your ship, and that by the time you have reached the truly daunting enemy’s that once would sink you in seconds, now you can easily hold your own even against multiple opponents who are more powerful than you.


This amazingly expansive world is backed up by an equally compelling storyline, following Edward Kenway, grandfather of Assassin’s Creed 3’s Connor. Follow the story of the rise and fall of piracy in the Caribbean, as you build the port of Nassau, a pirate haven, and liberate Havana and Kingston. The story is easy to follow, and yet very immersive, and most importantly captivating. As the game progresses you will find yourself growing attached to the characters, and I would be lying if I said I didn’t shed a tear at the ending. This story, coupled with a continuation of the Assassins Creed main story arc allow you to learn more of the Templar menace seeking to control the world, and the sinister motives of the Abstergo Corporation.


All in all, Black Flag presents a world full of adventure and opportunity, where treasures scavenged in a remote jungle can be used to turn the tide in a massive naval battle against mighty Spanish warships. It's a game where you can sail the seas for hours at a time, either hunting great white sharks or simply listening to your crew sing one infectious sea shanty after the next. There's an incredible scope to what you can do in Black Flag, with a level of harmony between its component parts that encourages you to try it all, and a story that keeps you invested throughout the whole thing. It’s a game that you will pick up and not be able to put down, I guarantee it. Black Flag really does bring Assassins Creed away from the harsh criticism of Assassins Creed 3. The flair and detail, and amazing story that made Assassins Creed great is back, and its flying a Black Flag…. 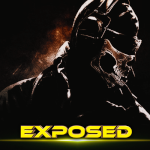 Similar topics
» Iliander's Eye-candy
» My Black Sect Remake
» which .ctg book is most strong for black..
» Anyone from Perth buying from the Matty Black Friday sale?
» BGFs Black and White Ball
Share this post on:

Thanks for reading, any feedback is welcome

Well... that was a feat to behold, you definitely spent time on this and it shows! But, nearly 1,000 words is sort of lengthy so if you could, I would sum up some of your paragraphs into shorter ones as not every detail is needed, but the detail used was very extensive and thorough so it is clear what you are saying (Which is good

Interesting? Yes, this was very gripping and I kind of want the game now because it sounds AWESOME!

Great work and I can't wait until you make another