So as I am writing this the servers are down to apply the latest balance changes, so I want to do a quick review fo what I think about what's going on

Akali
As an assassin, Akali should be a champion with high risk and high reward. These changes increase her early game risk while retaining her later game potential.
Mark of the Assassin
Initial damage reduced to 35/55/75/95/115 from 45/70/95/120/145
Mark detonation damage Ability Power ratio increased to 0.5 from 0.4
Shadow Dance
Essence of Shadow charge rate increased to 35/25/15 seconds from 25/20/15

So this looks mainly to be an early game nerf due to reducing q base and giving it a higher ap ratio meaning you actually have to have a build to get the same damage out of it, plus you can't just sit poking all day with q and get the same benefit, you actually have to go in. Which with the early game ult charge nerf here, will happen less often. Which I think is good, it means akali won't snowball so hard when you're still buying your first item, maybe people will stop bitching she's OP because first pick mid laners keep feeding her now, but... I doubt it ;p

Not too much to say on this, increases his persistent damage potential and gives more reason to get triforce for the more common sheen on the ult seems you'll have it more often, although I guess BT will give a better big one scaling. Corki's gonna be a bit stronger now certainly either way, although I don't know he'll face up to common adcs atm

Karma
These changes to Karma include several quality of life improvements and enhance her ability to generate multiple Mantras in well-executed fights.
Gathering Fire
Mantra cooldown reduction increased to 2 seconds at all levels from 1/1.5/2
Inner Flame
The detonation area now occurs at the actual point of missile impact instead of at the center of the initial target that is hit
Focused Resolve
Mana cost reduced to 70/75/80/85/90 from 70/80/90/100/110
Now applies Gathering Fire's effect on each instance of damage dealt instead of only once on initial application, but now deals damage 3 times over the duration instead of 6
Inspire
Movement Speed duration increased to 1.5 seconds from 1.25
Fixed a bug where the tooltip stated the shield was 80/115/150/185/220 instead of its actual value of 80/120/160/200/240
Mantra Bonus - Defiance
Movement Speed bonus is now always 60% instead of 20/30/40/50/60% (based on Inspire's current rank)
Ally shield / haste range increased to 700 from 600

So there's a lot to say here, firstly the mantra cd was completely necessary, karma realy feels she is missing an ability so it'll be goo to have that more available, why they don't just give her a 2 mantra stack like before idk, but we'll see what it's like now. The q change is a bit odd, it seems like this might make it harder to dodge the mantra q as if you hit a fleeing target, the circle would be leaning more behind them to make them easier run out of it, but it's just qol. The w change is to help the mantra cd a bit more, and to stop you running out of mana if you keep comboing people, plus it allows you to use the root more effectively because you can level it up without it costing your whole pool. 0.25 sec of ms, is NOT crucial, maybe it just felt weird or it has some specific purpose based on an ability someone esle has, but I just don't see why they made such a small change, but meh, the mantra bonus on it si to try and have people max w over shield a bit more with the w buffs imo too.

erm... lol. Shouldn't matter too much, but idk, range is always hard to call until you do it

Lux
On top of her long range and wide array of defensive utility, Lux was also among the fastest ranged champions in the game. These changes force Lux to be more mindful of her timing and positioning as opponents now have more opportunities to capitalize on her mistakes.
Base Movement Speed reduced to 330 from 340
Final Spark
Cooldown increased to 80/65/50 seconds from 80/60/40

"OMG THAT ULT IS SO OP BECAUSE I'M STUPID AND CAN'T DODGE", yeah it got a bit of a cd nerf, I think riot is basically saying that they think she's fine, but we'll do something to shut you up, the ms reduce may hurt a bit though, stops you running away from ganks and just qing backwards so easy

Morg needed buffs... clearly. I don't even know why this is here, maybe to promote the use of armquard more and tone down on RoA, I dunno, she never really ran out of mana anyway

Apparently ulting peopel outside the fog of war with a knockup and and slow is a thing now, good, I wanted that -.- but yeah, she did feel like she really needed something to throw in a fight without getting just outclassed by a leona/ali/taric that can just shut down your engage, so these are probably the right kind of buffs, I'd maybe have just made it faster but ok

Nunu isn't viable anymore as support really, so we need him to ult in more bushes, I guess this is one of the better ways to do it without making jungle/top lane nunu just stupid with the ice blast, I think they should maybe have just undone some of the blood boil stuff though

This is going to be stupid, she's already strong at dueling and now you're giving her more damage form a more frequent passive, which also gives her more attack speed by activating the w passive more often, the vault change seems a bit like it's just fixing people who can't quite land that hit after an e because they land in an awkward spot, seems a bit qol on that one

Volibear
Volibear was both an extremely powerful duelist as well as an almost guaranteed initiator for early skirmishes. In order to preserve his presence as a threatening fighter, these changes instead reduce Volibear's ability to force engagements early on.
Rolling Thunder
Movement Speed bonus toward champions adjusted to 30/35/40/45/50% from 45% at all ranks

This is a mere point allocation thing. Not needing to put points in q meant that you could level e for strong ganking or w for strong clear at no cost, now you might have to think a little harder about where you put things based on how easy your opponent is to catch, overall gonna reduce his early damage which is good, because getting ganked by him was certain death before unless you flashed

Not sure why they did this tbh, and I don't really care much for it's differences, I use the item on a few junglers and it'll have little effect imo

Still trying to get it into a position where it's cost effective without pumping out oo much early game damage, a step in the right direction, but I dunno how far

I think this is so you can build AP and still get a decent effect from the active, as you kinda needed to build mana or stack shields in order for this to be THAT great

YES manamune ezreal, this is just because it's used mainly on ADs except ryze, who was putting out a little too much with it imo, so now the AD users get the armour pen benefits, and ryze doesn't get the spell pen benefit, and it makes more sense, yay

In my opinion, Kayle was balanced already, I tried her earlier in a bot match to test her out. I cannot lane with her anymore and she is my main champ . In my opinion they fucked her up a bit.

They only reduced cast ranges on her heal and ult, surely that can't affect her lane, I can still use her effectively although admitedly I user her in lanes she's meant to win anyway as she's far from my main if I'm top

Imo Kayle has been nerfed quite a bit from when they nerfed her q to not add a percentage of damage to her next attacks to what it is now, to add holy fever stack (her passive) which reduces armour and magic resist by 3% percentage per stack.

I think that this was massive nerf to Kayle, I think they could've kept the extra damage but nerfed it slightly or made it a set percentage instead of 4/5/6/7/8% but have it be 5 or 6% across all levels.

Akali nerf wasn't needed I think. She had a bad pre-6 to start with this is going to make her pre-6 even worse. But luckily her late game is intact and not completely destroyed. 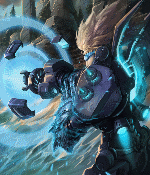 Yeah but that nerf was a few weeks ago to Kayle, and she's still fairly strong, so it obviously isn't that hard, the main part I think was to stop her simply being able to kill anything the moment she got nashor's.

Akali nerf was more to make it harder to simply poke and survive with akali pre 6, it wans't that she had a particularly bad pre 6, it's just surviving was all you could really do with it, this nerf should be to sotp her 6-9 being so strong, which is where she tends to get her snowball from. The amount fo times I see an akali make a "mistake" when she is one creep away from 6 then have it die while the oppnent tries to capitalise, kills them, then goes down bot and get's a double kill and that's gg is stupid

But nashors has been nerfed to ground aswell with price increases and no mana regen. So Kayle got hit twice

Kayles first nerf hit her hard. But i don't think the 3.5 nerf is gonna cripple her any more than she is already

Im sorry what are you talking about? This sounds amazing 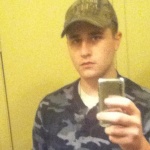 I dont think any of these changes effect me or my playstyle in any way except from what i wont know. Like, there are small changes, so i cant really say that i have anything special to add. If i was more into the champs we are talking about, i would probably have SOMETHING to add, but for the champs i play (such as Akali, Lux, Nunu etc.) i cant really say Im gonna play these champs in a different way.

Well, I would say, with akali, you would have to pick your fights better due to the lower cd on your ult charges and the lower q damage early on. But after playing her after these changes it would appear that doign so would be talkin out my arse, because she still just destroys anyone the moment she gets 2 ult charges

Play rumble vs akali and gg

that was mostly the case anyway, although the changes to both may have helped. Although I still remember the game I did that and got camped to fuck, although you seemed to deal with it better than me when you did it a couple of days ago ;p