Battlefield 3 Beta: My take so far...

Battlefield 3 Beta: My take so far...

I've been playing this beta now for about the past 3 days and I'm starting to really grow to like it but, all was not rosy from the beginning...

Now, having not played any previous Battlefield games before, I found myself jumping in with having absolutely no idea what was going on or even what to do. So, I spent most of my time, rushing around and trying to spot the invisible enemies that were shooting me, a LOT! Oh, this is inbetween wondering around and sitting behind my T.V. with my mouth open. Gawping at the graphics and trying to control myself during the eargasm I was currently going through at the time. This game looks/sounds amazing. Especially, in HD and through a headset.
Anyway, those that follow me on Twitter (and pay attention) will know, I didn't have the greatest start to my Battlefield life. First game, I fell through the map and got stuck. Being a Battlefield noob, I didn't know about the suicide feature then. Which I discovered in the next game. After button bashing, just to see what everything does. Where, I got shot by somebody under the map? (Got Dice'd?) Just when I thought this game was conspiring against me, it was soon confirmed, when in my 3rd game, it crashed. Yeah thanks for that fucker. At this point, I decided that the introduction had gone worse than the time Hitler found out his barber was Jewish and decided that that was enough for one night.

However, after plucking up the courage to once again pick up my new found, jew hating, spawn of the devil but ever so beautiful, mistress. I sat down for a serious session of what was mostly fail, filled with momentary seconds of complete win and thus I eventually got better at the game I had first come to hate. Sure, it was still full of the same old glitches but falling through the map and having the ground at eye level became normal to me. I could now actually see the before hidden enemies that were shooting me and occasionally I was lucky enough to shoot first and actually kill a few of them. Oh the euphoria.
I mean don't get me wrong, I was still wondering around with my mouth open and my ears had produced so much jizz at this point, I practically needed a snorkel but I was having fun whilst doing it!

And I think that's what it comes down to. Having fun. If at first you don't like it, I urge you to try it again. Underneath the beast that at first seemed to want to eat you, there is a beautiful maiden waiting to be discovered. If only you give her a chance. If you run in there with the Call of Duty mentality that I'm sure most of you are programmed to, you're going to get fucked worse than the person who had to clean Elvis's toilet but don't let that put you off. Hell, that person got to meet Elvis on a daily basis. Have you ever met Elvis? Thought not. Up to now, this has to be the most realistic game I've played. Whether that be, the communication between the in game characters you control, the look of the world, the gun recoil or the destructible environment. It all just makes up for a very fun gaming experience.

Now, this has been a very light heartened chat so far. Now though, I'd like to get down to some serious talk and this is the one thing that worries me most about this Beta. The glitches. I know that this is prerelease beta and things will get fixed before it's released but come on, that's a hell of a lot of shit to fix. Remember people, we're only 3 weeks away from released here. First of all, there's the falling through the map. Now, usually this happens at just maybe a couple of spots on the map at most but on this beta it can happen anywhere and I mean anywhere. Then there's the fact that you can be running around the map and go to crouch and suddenly, the floor's at eye level. As if by some miraculous act of God, you've defied the laws of physics and managed to melt into the world around you. The after getting over the shock of giving the likes of Newton and Einstein the fingers, you'll find it about as hard to get to normal human eye level as you would if you were to try to actually melt into the earth. Also, you have players you run past, who seem to have a M16 plugged in their rectum, aiming at the sky and they're somehow killing enemies on the battlefield in front of them. These are just ones that come to mind and the ones I see the biggest problems. Last but not least is the lag. The amount of lag in this beta is unbelievable. You can see someone in front of you, go to fire and unbeknownst to you, they've already unloaded the 3-4 bullets it takes to kill you, into your face. Even if, on your screen, they were around a corner. Or, you'll be happily running down a corridor and die, then suddenly be dragged 20 feet back to where you came from. Only to find out you're dead. As if by chance, the enemy had some big 'fuck you' magnet that was activated whenever you felt you were getting somewhere. Either this or you just die and I mean literally, just die. The camera that's meant to show your killer will come up and there'll be nothing there. Honestly, I'd prefer it if one of the trains moved and ran over me. That'd seem more fair. Now, I know the fix to this one and that's the dedicated servers and I would do unspeakable things to the person at EA that suggested this idea. However, again, we're only 3 weeks away from release and the servers aren't up to scratch yet? How can you release a multiplayer beta without the platform for the multiplayer aspect being ready for use? Now, I applaud the people at EA/Dice or whoever, for giving us a beta. It's very bold and noble of them but for God sake, next time, can we have something a little more polished please?

So in summary. This game, if you haven't played a battlefield before, can be quite hard to grasp upon first try. If you have played battlefield before? Fuck, well I'm not the one to comment cause I can't possibly compare them. However, whichever party you're in. I urge you to just give this game a chance. It will reward you with some of the most spectacular graphics and sounds you've ever come across and hey, if all else fails, you'll get to laugh your ass off at a guy with an M16 coming out of his arsehole.

This game has the potential to be definitely one of the best games I've ever seen but CoD killer? I'm not so sure. If they get everything fixed and I mean EVERYTHING then I can certainly see them having a very good chance of going up against the Goliath that is the Call of Duty franchise and giving him at least a bloody nose on the battlefield.

So, with that pun people, I'm out of here and remember, if this bored you, nobody forced you to sit here and read it. DISCLAIMER: The 5 minutes of your life wasted are none refundable. 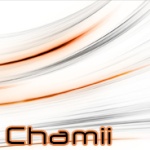 Am i supposed to read everything? :p haha
A summary of my experience: https://www.youtube.com/watch?v=nVdrgrmYrn8

Well, it is in 'Publications' for Blogs and reviews so you should know it's going to be a little long winded haha

Anyway, I don't overly see the point in being too critical of the beta. But you made some good points in your review nonetheless. Like you, I think the game has a lot of potential if they can get things fixed up.

Also from what I've heard, BFBC2 was pretty crappy on anything but PC and they've really made BF3 good for consoles this time. So that's nice to know.

Great reviewGheezy. I'm pretty confident that if not be release, then in the patches that soon follow these issues should be sorted out. I say this because BFBC2 on PS3 is fantastic for a game that's now a year and a half old. I play it allot lately and there is no lag problem, and hardly any other glitches. i agree that it probably wont be a COD killer, but not because of quality but rather due to content. While awesome in it's own right, it's a very different game than a COD title and I think appeals to different types of players.

Thanks again for the review of the beta, I still haven't played it and I think I'll just wait for the official release. I want my first time to be special.

Chamii wrote:Am i supposed to read everything? :p haha
A summary of my experience: https://www.youtube.com/watch?v=nVdrgrmYrn8

Way to hi-jack his thread...

Racist? I have no idea what you're taking about...

I've owned BF:BC2 since it came out but I've never ever played it. I don't even know where it came from. My little brother must have bought it.

I have to be honest. When I wrote this, I didn't realise just how much I'd wrote. It just all came out. Best thing is, I was going to post this as a reply on a topic but thought better of it haha

Can people outside the clan see posts in this category?

i dont know why?

Since writing this I have learned that the beta's running on a 2 or 3 month old version of the game and most of the glitches have been fixed. So, that's some good news.

Yeah it is. And to check if you can see this as a guest, just don't log into your account and see if you can get to this page.

Yeah. I realised that a few minutes after asking the question haha